(All of these storys are by me! hope you injoy!!) 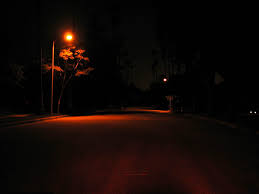 I followed you home.

Its late. You're waking home. You're alone, but you hear someone behind you, you turn around but there's no one there, So you keep walking. You hear it again, you turn around, still nothing. You get kinda freaked out, you keep waking. You hear it agian but this time you start running, you hear it running behind you but you don't dare turn around, you see your house up ahead, you get the your door and turn around. There's nothing there but you still hear foot steps. They sound like they're circling you. You go inside and tell your flat-mates what just happend, they say that you're probaly just tired and that you should sleep it off. So you go to bed but you can't sleep, when u finally do, you have one dream about that thing that followed you while you waked home,you hear a scream from you flat mates room, you run into the room and see that hes gone. You try calling his phone but he doesn't pick up. Your really scared so you call the police. You tell them how you've probably been followed home by someone or something and how your friends gone. They say "keep calm or it well get you!" You confused, you ask them "whats going on?" but all they say is "dont let it get into ur mind" Your scared, you dont know what to do. You suddenly get a text saying "HI. I FOLLOWED YOU HOME!" 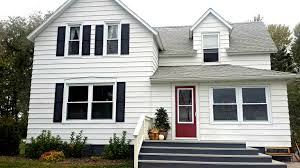 Afew years ago I remmber there was a ghost in my house. I remmber a glasses flying off the table and door sopening and closeing by them selfs. I loved that house! But this was the only thing I didn't like about it. Somethings would freak me out, like if I was working on my computer i'd see someone behind me in the reflection of the screen, I'd turn around and nothing would be there. One day that happen. I got really scared and yelled "WHAT DO YOU WANT FROM US!!!" and my computer shut off, lights went off and my plate (that was on the table at the time) went flying! This got really bad so my perants call someone from our church and they tryed to clean the house but they ended up saying that they can't do anything to help us because it was a demon that came through something that we did. Then i remmbered that Ouija game I did once, it came through that and we never said "goodbye". One morning I came down stairs and for some reson I turn around and see a man standing on the stairs. I just stod there for about 10seconds befor I siad something "Hello?!" I tryed to talk to him but he just walk up the stairs and went into my room. Being me, I followed. When I got upto my room there was no one there, I looked eveywere for thing man, but he was no were to be found. We decided to move and when we did not werid happend. But sometimes I go past the house and its ALWAYS for sale.

Were am I? Im in total darkness. Was I driving? My memories are fuzzy. I feel like Im coming off the worst hang over! Flashing images and sounds rushing through my head like pieces of a jigsaw puzzle tossed in a blender. I see a boy that looks familiar. SAM! My best friend ever,but he's dead. I tryed to move but I can't. In horror I realize that I cant feel anything. All these thoughts start running through my mind "WAS I IN A CAR CRASH!" "DID I BREAK MY NECK!" "AM I DEAD!?" My eyes start to water, my breathing is insane and my throat is as dry as a bone. suddenly someone is stading over me. ITS SAM! "I belive you have afew questions that you want anwserd dont you?" What?! Did he do this to me? What the hell is going on? Did you drug me? Why cant I move? "I didnt drug you or do anything to you. Your just asleep." What?! But way cant I move? "Know, thats something I dont know. Oh but can you do me a favour?" Anything "Wake up." What do you mean? He just suddenly opens a door with a bright light behind it. He turns around and says "We're not ready for you yet" And goes out the door. As soon as it closes I wake up in a hosptial bed. What? Where am I? "You were hit by a car. You were drunk and walked out onto the street" What? Is all I could say. I told them about how I saw Sam and what he said to me "Hes probally just looking out for you" Even though I got hit by a car, that was the best day ever because i got to see my bestfriend again after 5years! 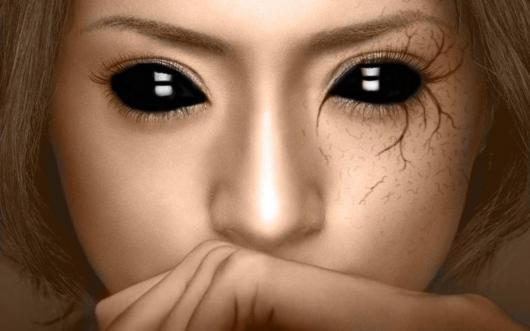 On March 17, 2008 I had my one and only encounter with a black eyed kid. Before my experience I had never heard of anything having to do with the black eyed kids. I was 12 and I was sitting outside of a hairdressers in the car waiting for my mom to get her hair cut. About 15 minutes had passed and I saw some kid walking back and forth along the sidewalk in front of my parked car. At first I thought I recognized him as one of my friends from school so I banged on the front windshield until he looked my way. It was not anyone I knew. At this point I was not scared at all, well, Not yet anyway. The boy walked over to the side of my car and just stares. Let me tell you, If you have never seen a black eyed kid, you have no idea what to imagine. Pupils black as the night sky. The boy whispers “You must let me in” and then I locked the car doors and ducked down into the space below the seats. Five minutes later he was gone. When my mother got into the car she told me a boy with black eyes had came into the hairdressers had insisted for my mother to give him the keys to the car. She refused, thank God she did.